Muslim Educational Trust invites you to the 5-speaker Portrait of a Prophet weekend conference by CelebrateMercy in Portland. This is a life-changing journey through 400 hadiths on the Prophet's inner and outer beauty. Recent Portrait of a Prophet conferences have had huge audiences. Earlier this year, it was sold out in Arizona with 200 attendees and, in October, it was packed in Virginia with over 300 attendees.

Guest teachers will take students on an spiritual journey exploring Prophet Muhammad's ﷺ inner and outer beauty. From Friday night to Sunday, immerse yourself in the entire book of Imam Tirmidhi: a book of 400 hadiths describing the Prophet Muhammad ﷺ.

This program explores the persona of the Prophet, covering his family life, social interactions, physical appearance, worship, and final moments. By the end of the conference, students fall deeply in love with the Prophet - forever painting his portrait in their hearts. The conference contains 15 hours of lessons, interspersed with poetry (nasheeds) of love for the Prophet ﷺ. See an example of the schedule from a recent Portrait conference here.

All 400 hadiths are presented on slides in Arabic and English. There is beautiful commentary on many hadiths - with lessons for our own lives. Teachers also share touching lessons from the Prophet's life. Between sessions, the renowned Syrian munshid Mouaz Al-Nass will sing moving poetry of love for the Prophet. In Sunday's final session, a formal ijaza is signed for each student: a traditional completion certificate that has been given to students of the book for 1,000 years since Imam Tirmidhi's time.

On the same weekend, young kids will also benefit from a parallel program exclusively designed for youth! Kids will engage in learning activities and crafts, enjoy short sessions with guest speakers, sing nasheeds with the guest performer, and learn from a highly experienced team of educators. Kids will leave the weekend with a deeper understanding and love for the Prophet ﷺ.

"This weekend course was amazing. Toward the end of the class, tears were in my eyes. I felt a yearning, a closeness and a love for him that I never experienced before. I left the class feeling as though I had found a lost friend..." - Testimonial from a Class Survey 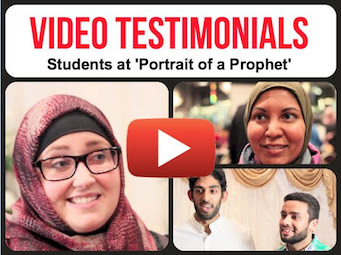 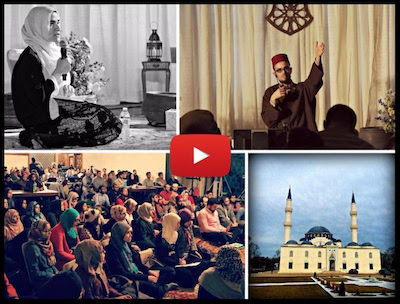 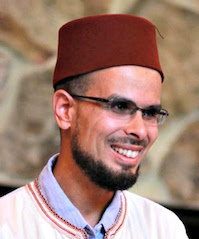 Click HERE to view a preview video
Shaykh Hassan Lachheb completed a Ph.D. in Islamic Studies at Indiana University. In 2000, he earned his Masters with Honors in Islamic Theology, Islamic Legal Theory, and Maliki Fiqh from Dar al-Hadith al-Hassaniyyah in Rabat, Morocco. He also earned a Bachelors degree in Arabic Language and Literature. Shaykh Hassan has extensively studied several Islamic disciplines, receiving many Ijazaat (licenses to teach).
Currently, he resides with his wife and three children in Knoxville, Tennessee where he taught Arabic at the University of Tennessee. He currently serves as the Muslim community's Scholar-in-Residence and Director of Tayseer Seminary. 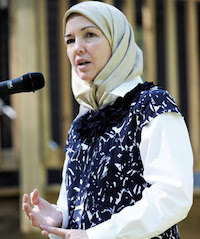 Click HERE to view a preview video
Dr. Ingrid Mattson is the London and Windsor Community Chair in Islamic Studies at Huron University College at Western University in Canada. From 1998 to 2012 she was Professor of Islamic Studies at Hartford Seminary in CT where she developed and directed the first accredited graduate program for Muslim chaplains in America, and served as Director of the Macdonald Center for the Study of Islam and Christian-Muslim Relations. From 2001-2010 Dr. Mattson served as vice-president, then as president of the Islamic Society of North America (USA), the first woman to serve in either position. Her writings, both academic and public, focus primarily Qur'an interpretation, Islamic theological ethics and interfaith relations. Her book, The Story of the Qur'an, is an academic best-seller and was chosen by the US National Endowment for the Humanities for inclusion in its "Bridging Cultures" program. 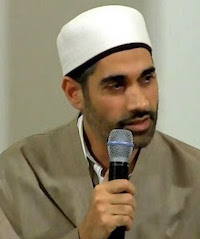 Click HERE to view a preview video
Shaykh Hisham Mahmoud has studied the Islamic sciences of theology, hadith, legal theory, jurisprudence, ethics, and Qur'anic recitation, with scholars in Mauritania, Morocco, and Spain, as well as Arabic and its ancillary sciences with scholars in Egypt. He continues to read in the Islamic sciences with his teachers in the United States.
He has edited several scholarly works on issues pertaining to theology, hadith, jurisprudence, and ethics. His first published work is entitled, "A Portrait of the Prophet," which is a translation of one of the most important compilations of the Prophet Muhammad's personal qualities.
He has lectured internationally on the Islamic sciences and on world religions. He also serves as an Editorial Board member of Fons Vitae and as Executive Editor for Sandala Publications. This year, Hisham Mahmoud was a Lecturer at Harvard University and has previously taught at Princeton University, Yale, and Middlebury. He frequently teaches at CelebrateMercy programs nationwide. 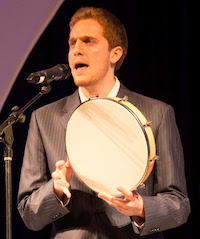 Click HERE to view a preview video
Mouaz Al-Nass of Syrian descent, was born in Saudi Arabia. He studied Inshad (religious poetry & songs) and Maqamat under foremost reciters in Syria. As expert singers and drummers, he has been involved in many musical performances in the USA, UK, Syria, Lebanon, Jordan and Saudi Arabia.
Mouaz also studied Islamic studies under his father Shaykh Samir al-Nass. Shaykh Samir is a prominent scholar from Damascus who completed medical degrees in Syria and the United States but also mastered many Islamic sciences under prominent scholars in Syria, Saudi Arabia and Egypt. His father is presently a teacher at al-Fatih al-Islami University in Damascus and conducts learning programs regularly in England and North America.